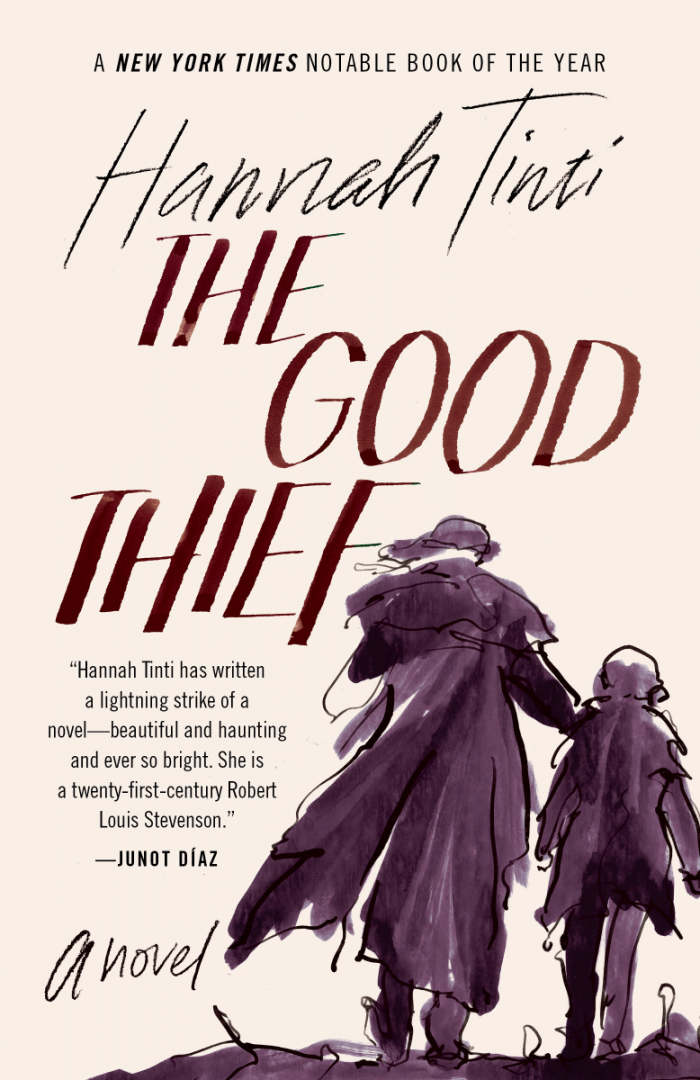 “The Good Thief has all the makings of a classic.”
–San Francisco Chronicle

“Tinti secures her place as one of the sharpest,
slyest young American novelists.”–Entertainment Weekly

Richly imagined, gothically spooky, and replete with the ingenious storytelling ability of a born novelist, The Good Thief introduces one of the most appealing young heroes in contemporary fiction and ratifies Hannah Tinti as one of our most exciting new talents.

Twelve year-old Ren is missing his left hand. How it was lost is a mystery that Ren has been trying to solve for his entire life, as well as who his parents are, and why he was abandoned as an infant at Saint Anthony’s Orphanage for boys. He longs for a family to call his own and is terrified of the day he will be sent alone into the world.

But then a young man named Benjamin Nab appears, claiming to be Ren’s long-lost brother, and his convincing tale of how Ren lost his hand and his parents persuades the monks at the orphanage to release the boy and to give Ren some hope. But is Benjamin really who he says he is? Journeying through a New England of whaling towns and meadowed farmlands, Ren is introduced to a vibrant world of hardscrabble adventure filled with outrageous scam artists, grave robbers, and petty thieves. If he stays, Ren becomes one of them. If he goes, he’s lost once again. As Ren begins to find clues to his hidden parentage he comes to suspect that Benjamin not only holds the key to his future, but to his past as well.

Foreign Rights to The Good Thief have been sold in 17 countries.