★ Optioned for television
★ Nominated for an Edgar Award
★ Named one of the Best Books of the decade by Paste Magazine
★ Chosen as a Best Book of 2017 by NPR, Paste Magazine
& The Washington Post 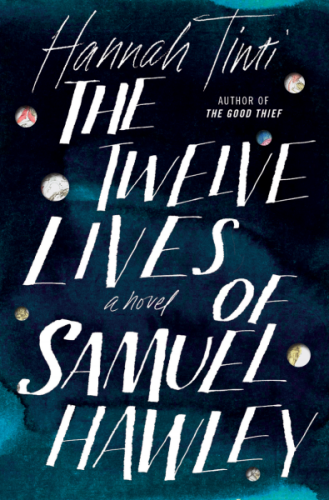 “A master class in literary suspense.”
—The Washington Post

“This is a convincingly redemptive and celebratory novel: an affirmation of the way that heroism and human fallibility coexist, of how good parenting comes in unexpected packages, and of the way that we are marked by our encounters with each other and the luminous universe in which we dwell.”
—Publisher’s Weekly, starred Review

After years spent living on the run, Samuel Hawley moves with his teenage daughter Loo to Olympus, Massachusetts. There, in his late wife’s hometown, Hawley finds work as a fisherman, while Loo struggles to fit in at school and grows curious about her mother’s mysterious death. Haunting them both are twelve scars Hawley carries on his body, from twelve bullets in his criminal past—a past that eventually spills over into his daughter’s present, until together they must face a reckoning yet to come. This father-daughter epic weaves back and forth through time and across America, from Alaska to the Adirondacks. Both a coming-of-age novel and a literary thriller, The Twelve Lives of Samuel Hawley explores what it means to be a hero, and the cost we pay to protect the people we love most.

THE TWELVE LIVES OF SAMUEL HAWLEY was published in the U.S. on March 28, 2017 by The Dial Press, and in the U.K. on April 6, 2017 by Tinder Press. The book has been optioned for television by Legendary Entertainment.

★ Picked by Library reads as the #1 Book for March, an IndieNext Title for April, and as a Book to Watch in 2017 by Elle, The Millions, Nylon, Culture Fly, BookRiot, Huffington Post, Buzzfeed and The Boston Globe.