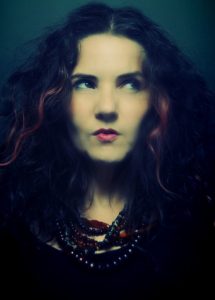 (more photos of Hannah can be found here)

Here is a short bio of Hannah:

Hannah Tinti is the author of the bestselling novel The Good Thief, which won The Center for Fiction’s first novel prize, and the story collection Animal Crackers, a runner-up for the PEN/Hemingway Award. Her latest novel, The Twelve Lives of Samuel Hawley, is a national bestseller and has been optioned for television. She teaches creative writing at New York University’s MFA program and co-founded the Sirenland Writers Conference. Tinti is also the co-founder and executive editor of One Story magazine, which won the AWP Small Press Publisher Award, CLMP’s Firecracker Award, and the PEN/Magid Award for Excellence in Editing.

Here is a more complete bio of Hannah:

Hannah Tinti is a writer, editor, and teacher.

Her short story collection, Animal Crackers, has sold in sixteen countries and was a runner-up for the PEN/Hemingway award. Her best-selling novel, The Good Thief, is a New York Times Notable Book of the Year, recipient of the American Library Association’s Alex Award, winner of the The Center for Fiction’s First Novel Prize, and winner of the Quality Paperback Book Club’s New Voices Award. Her new novel, The Twelve Lives of Samuel Hawley, is a national bestseller and has been optioned by Legendary Entertainment. It has been nominated for an Edgar Award for Best Novel, and was named a Best Book of the year by NPR, The Washington Post and Paste Magazine. Target chose The Twelve Lives of Samuel Hawley for their paperback bookclub.

Hannah has worked at bookstores, magazines, publishing houses, literary agencies, and as a literary commentator for Public Radio’s Selected Shorts. In 2002 she co-founded the award-winning magazine One Story and for 14 years was acting Editor in Chief. She is now Executive Editor. In 2009 she received the PEN/Nora Magid award for excellence in editing and in 2014 One Story won the AWP Prize for Best Small Press. In 2018, One Story won CLMP’s Firecracker award for General Excellence. For a full list of One Story’s awards, go here.

Hannah is also a celebrated teacher of creative writing. In 2006 she co-founded the Sirenland Writers Conference in Italy with Dani Shapiro, Michael Maren, and Antonio & Carla Sersale. She has taught writing at New York University’s Graduate Creative Writing Program, Columbia University’s MFA  program, CUNY, Hedgebrook, and at the Museum of Natural History in New York City.

She grew up in Salem, Massachusetts and lives in Brooklyn, New York (where she was named one of the 100 Most Influential People in Brooklyn Culture). You can follow her @hannahtinti.