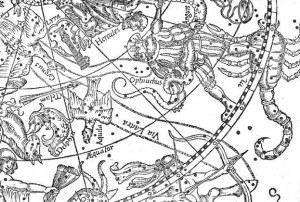 The transit of Venus, combined with Ray Bradbury’s passing this week, made us all turn our eyes to the heavens. I contemplated Bradbury’s advice on how to become a writer, and many people, including the New York Public Library, broadcast his moving rendition of “If Only We Had Taller Been.” Bradbury said the poem was a meditation on space travel, but it also reflects on why we are moved to write, or for that matter do anything that opens our minds and seeks a possibility beyond our normal existence. This same searching can be found on this week’s Selected Shorts, beginning with Mary Robinson’s “An Amateurs Guide to the Night,” (performed by Patricia Kalember), whose heroine uses her telescope to focus on the distant planets and constellations instead of her family troubles. “Learn a Trade” by John Updike, read by James Naughton, deals with an artist’s struggle to guide his children on a more “normal” path, only to find himself drawn in by his son’s efforts at creating a set of mobiles, unwanted, un-asked for, and for this very reason, even more beautiful.  Finally, we end with “Pride and Joy” by Etgar Keret, read by Robert Sean Leonard, where a son grows taller and taller, as his parents shrink. Below is the video of Bradbury reciting “If Only We Had Taller Been.” As you listen to Selected Shorts this week, on podcast or your local radio station, I hope you’ll also think of these fine words, and how we all, in our own way, reach for the stars.